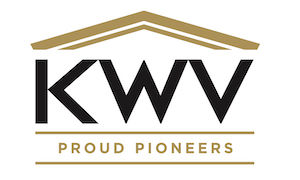 South African drinks giant, KWV, has unveiled what is probably the Rainbow Nation’s first wine made from what is regarded as a Chilean grape variety, Carménère.

Normally the preserve of Chile, although it was originally a Bordeaux variety, winemaker Izele van Blerk, in charge of KWV’s premium wines, has unveiled a “limited edition of fewer than 1,000 litres, sequentially numbered bottles of The Mentors Carménère 2017”. It is expected to retail for about £40.

In London yesterday (July 1) to launch the Carménère, she told DI that this is the first of a series of one-off wines she is planning.

“There is only 8.56 hectares of Carménère in South Africa,” said van Blerk.  “We have one block of 1.15ha in Stellenbosch which produces three tonnes her hectare. The Viognier vines were re-grafted to Carménère in 2016.

Asked: ‘What’s next?’ She replied cheerfully: “Next year it could be Nebbiolo, Sangiovese or Tempranillo”.

A former South African number one tennis and badminton player, turned viticulturist and oenologist, Van Blerk stated: ”A first of its kind, the The Mentors’ Carménère 2017 is a truly fitting addition to the range and is a worthy reflection of The Mentors’ legacy of excellence.”

It took three years before van Blerk was satisfied that she had got the Carménère where she wanted it – an elegant, medium-to-full bodied wine with soft tannins.

The wine joins KWV’s series of rare and limited-edition releases of The Mentors wines, which includes its flagship wine, Perold, a Cape blernd with 38% Pinotage.

KWV says its Mentors range was established to be a premier display of South Africa’s diverse terroir, involving strict selection and the application of the best viticultural and oenological know-how through to a dedicated cellar. This is about small batch wines and the refined art of winemaking.

Carménère is known to be a tough, early ripening, grape. The Bordeaux cultivar was believed to be virtually extinct after phylloxera led to its decimation until it was discovered in the 1990s that nearly half of the Merlot planted in Chile was in fact Carménère.

The company says: “Strict selection ensures that only the finest makes it to The Mentors cellar, a cellar-within-cellar, designed for making excellent wines, experimentation and innovation.

After vinification that lasted a year, the best wine was again selected to mature for a further six months. Further racking followed with maturation over 18-months in new French oak barrels. The Carménère 2017 has the same new, revitalised look of The Mentors range also making its debut in July 2019. The design is said to reflect the legacy and status of the contents.