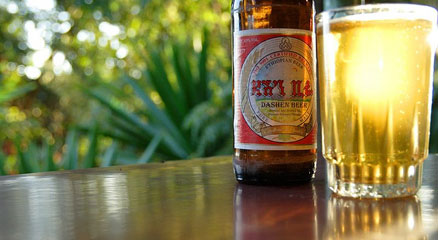 London-based alternative asset manager Duet Group and Vasari, a company with a track record of growing businesses including beverage businesses, announced recently in a press release (covered here, for instance) they had made the largest private equity investment in Ethiopia so far. However, the release does not indicate the size of the deal but says Duet has have injected equity into newly-formed Duet Beverages Africa Ltd with Vasari as “industrial partner” to make “a significant investment” into Dashen Brewery Pvt Ltd Co.

In the Dashen transaction they have joined forces with TIRET Group, a local endowment fund with political links, to expand Dashen’s capacity and distribution facilities. They claim the brewery has 20% market share. Ethiopia has Africa’s second biggest population at nearly 90 million, increasing by 2.5m people a year. According to the release, brewing has been growing by 25% a year for the last 5 years. It is set to be one of the fastest-growing economies in Africa in coming years after many years of fast growth.

Duet had also tried to bid in previous brewery deals as foreign investors snapped up privatising breweries at premium prices. Heineken and Diageo have both made large brewery investments, while Castell Group is doing well with the St George brand and SABMiller (South African Breweries) had bought into a popular mineral water company.

Henry Gabay, co-founder and co-chairman of Duet Group, said: “The economic performance of Ethiopia over the last eight years has been nothing short of outstanding. We are very excited about consumer-driven businesses in the country. We have been very impressed by what has been achieved at Dashen. We believe Duet and Vasari will add tremendous value for the next growth phase of the Company. We are also proud of having the TIRET Group as a partner, with whom we will evaluate other opportunities in various sectors.”

Bereket Simon, Board Chairman of the TIRET Group and head of the Government Communications Affairs Office (GCAO) or government spokesperson, commented: “In the last 8 years, Ethiopia has successfully enacted 5-year plans designed to foster a business environment in which businesses are able to successfully operate; Dashen’s ability to attract, Duet Group and Vasari demonstrates this. This transaction marks only the beginning of Ethiopia’s bright future in terms of attracting more FDIs”.

Duet Group describes itself as “a UK-based asset management firm with over $2.7 billion of assets under management”. The release describes Vasari, led by Vivian Imerman, as having “a long track record of growing and transforming businesses in a wide range of situations and environments. Vivian began by building corporations in South Africa, and later broadened his geographical focus to Europe, Asia and South America. Vivian’s achievements include the transformation of Del Monte and Whyte & Mackay.”