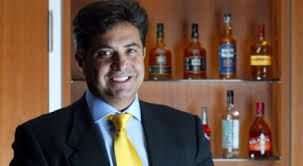 Vasari’s Vivian Imerman, a South African entrepreneur living in the UK, said last week TNB would be used as a platform to launch new Vasari products as well as “to take their current product portfolio and expand their sales throughout Africa and other markets where I have contacts and opportunities”.

The company’s expansion would target “most of the important African economies”, Mr Imerman said.

Vasari already manufactures certain consumer goods on the continent, and Mr Imerman said it was possible that Vasari would manufacture some of TNB’s new products north of South Africa’s borders.

But TNB’s African growth is likely to face increasing competition from global spirits, wine and beer groups, including SABMiller, Heineken and Diageo.

Mr Imerman said African markets were becoming “attractive markets for the multinationals, as they are for me”.

“That’s because the markets are globalising and the opportunities for growth are there because consumers are clearly earning more disposable income.”

He said the African spirits and beer market “is experiencing good growth” — a sentiment supported by SABMiller’s strong gains from the continent in recent reporting periods.

As do other emerging market regions, Africa continues to grow its contribution to SABMiller’s bottom line.

“Foreign direct investment is being embraced vigorously by all the different African countries,” Mr Imerman said.

“The countries are now fiercely aware that they need foreign capital, foreign expertise and international know-how in order to improve the living standards of the people in their country.

The consumer goods sector is Mr Imerman’s major focus in Africa, and he said that he was looking at takeovers of other food and beverage businesses “on a daily basis”.

Whyte & Mackay is owned by an Indian subsidiary of Diageo, and Mr Imerman said he had expressed an interest in the acquisition. Whyte & Mackay’s owner, United Spirits Group, had told the Bangalore Stock Exchange that it was looking for a buyer.

“I see different opportunities in terms of being able to sell the product than were available at the time that I sold the company,” he said.

While Whyte & Mackay had “very limited” exposure to South Africa and the rest of Africa, Vasari would look to grow its footprint on the continent.

“I know the business, and the opportunities of where I’m concentrating my business make it synergistic to my strategic plan going forward over the next five to seven years.”

Mr Imerman said both TNB and Whyte & Mackay would form part of Vasari’s strategy to “build a consumer business in Africa”.

A report by the World Bank last year said the size of Africa’s food and beverage market is projected to reach $1-trillion by 2030 — more than three times the current market, which is worth $313bn.