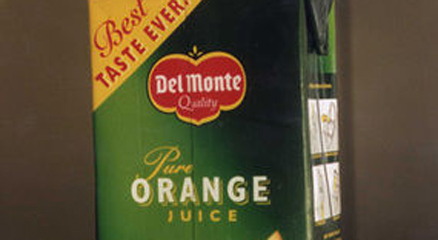 A cash shell advised by the former boss of fruit juice maker Del Monte is saying yes to a listing on London’s junior market.

Sacoven will raise £3million when it joins Aim at the end of this month with a market value of £6million. It is being advised by brokers Liberum Capital.

The company is seeking to buy a business in the consumer goods or natural resources sectors with a focus on Europe and emerging markets.

The target business – which Sacoven plans to take full ownership of – is expected to have a value of between £200million and £500million, though smaller firms will also be considered.

It has yet to identify a suitable target but when it is in a position to make a move Sacoven will raise further funds from new and existing shareholders to seal the deal.

If it fails to find a suitable target within 18 months of admission to Aim it will seek shareholder permission to continue searching for at least one more year.

He has over 20 years’ experience of turning round some well known food and drink brands – including Del Monte, where he was chairman and chief executive.

After joining the firm in 1993, Imerman built it up with growth and acquisitions before selling his stake in 2001 for £380million.

He also helped double profits as chairman of Scottish whisky maker Whyte & Mackay before selling the firm in 2007 for £595million.