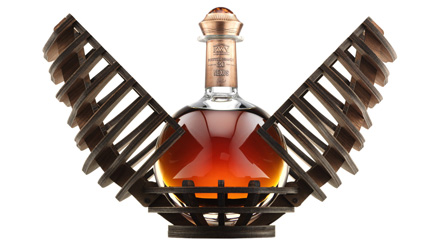 Earlier this year KWV made history for securing the prestigious title of World’s Best Brandy & Cognac Producer for the second year running at the International Spirit Challenge, as well as World’s Best Brandy for its KWV 15-Year-Old Alambic Potstill Brandy. It also received four Gold medals for KWV 20-Year-Old, KWV 15-Year-Old, KWV Imoya and KWV Alambic brandies at the same competition, widely regarded as the most influential spirits competition in the world.

KWV Master Distiller, Pieter de Bod, said that this collection of international awards should indicate to consumers that KWV Brandies are a product that can be trusted for consistently delivering on quality. “This quality is measured per international standards – even against the best Cognac producers – and, by virtue of its constant brilliant performance in the past five years, KWV has grown into a trusted brand that delivers reliable, high-quality enjoyment,” added De Bod.

He adds “brandies in the KWV collection have all secured various trophies and or awards, a line-up of top performances which points to a team that has mastered the art of crafting smooth brandies of a distinct character. We are looking forward to move this winning brand DNA to even greater heights in 2017.”